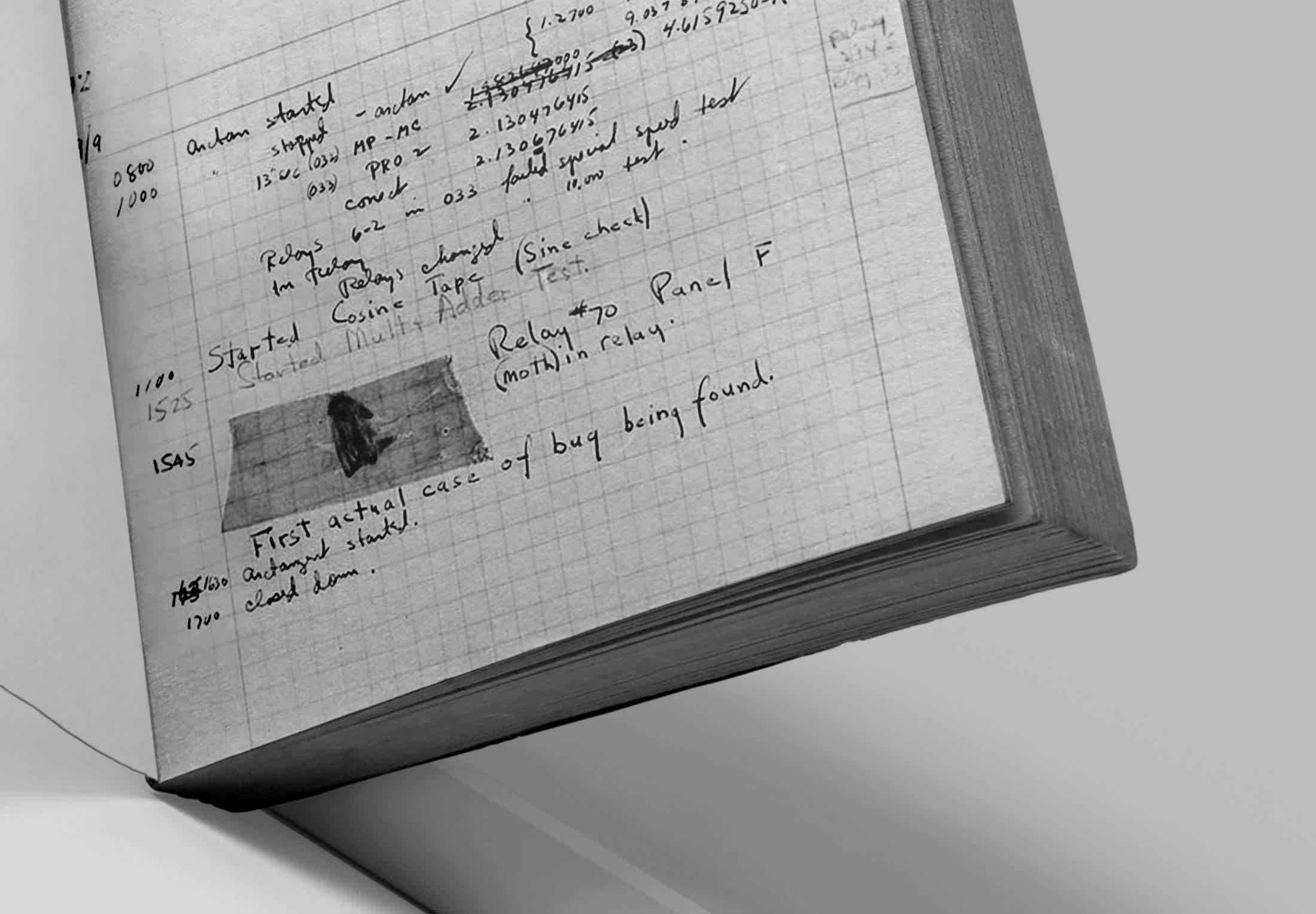 Mansour Kalagar • Sep 2022
4 min read • 91 views
Mansour Kalagar • Sep 2022 • 4 min read • 91 views
Software Engineering
With this article, we want to honour the birthday of the first real debugging 🪲 🗑. Therefore our colleague Mansour shares a story of his life as a developer. It is about how he suspected the whole company he worked in systematically stole laptops just because of one tiny bug. But read it for yourself. Enjoy!

Do it as Harvard computer scientists did on September, 9th in 1947. Search on your Hardware!

The team was working on a Mark II computer and it was delivering errors, over and over again. Not being able to solve the problem in front of the screen, they decided to check the Hardware and there they found the bug 🪲! A real one: a moth! That insect has caused interferences with the computer's electronics. This was the first case of actually debugging a system. In this team also Dr. Grace Hooper worked. She was one of the first computer programmers and maybe because of her, the expression of a “bug” for a glitch in a system did get famous 🤵‍♀️.

So until today, the expression is being used and systems have to be debugged. “Searching for a bug” takes part in the daily life of every developer 🐛.

Same as in the Story of Mansour:

Being a software engineer is wonderful, but occasionally, every programmer discovers weird bugs in the software he uses or develops. This is my story about a bug that I discovered during one of my projects.

Back in 2014, I was still a junior front-end developer and I worked on a customer dashboard based on AngularJS 👨‍💻.

The customer dashboard was about managing the user’s informations and their devices. We were using the Google Maps API to show our users the exact location of their devices if connected to the internet, or its last location 🎯.

Here is the moment that our story begins.

During the development of one of my tasks, accidentally I made a mistake!! The code I wrote was supposed to show the user’s device's current location. But instead, it showed our office location! And nobody noticed! So we updated the production without any doubts 🏖.

After several hours somebody knocked at the office door. It was a young boy with his girlfriend 👫.

The boy told our manager, “My girlfriend lost her laptop on the bus and one of your colleagues stole it, and I am sure about it. If you do not give the laptop back, I will go and come back here with a police officer.” Our manager was of course totally surprised at the accusation! He answered: “How you can be this sure? We are all software engineers in here, and we do not need to steal your girlfriend's laptop.” The boy replied confidently: “my girlfriend has an application installed on her laptop that shows the last location of the laptop, and the location of the laptop is HERE!” And he was right 👨‍⚖️!

Our manager, nevertheless still very calm and collected, asked him the name of the application. And the boy named our application, the one I was coding on! What a riddle! But this information relieved our manager for the moment because it can only be a technical problem that has led the boy here. So he told him that he just entered the office of this company and that actually we are the developers who are developing this app. Therefore, it can only be a mistake in our service 🙏.

You think that solved everything? Not at all.

Immediately after the boy heard that we are the ones behind that application, the main problem started. “You are the thief!” he pointed out, “You track people's devices to steal them. I am going to sue you!". They left immediately the building. On their way out, he shouted: "I will come back with a police officer!” 🚔.

My manager, rather amused than nervous, came to me and asked me to check how this is possible. I went through the code, checked it and at that moment I realized that I made a huge mistake. I found a bug 🪲!

My manager asked me to resolve the problem immediately and push it to production as a hotfix 🔥.

After a couple of hours, the guy and his girlfriend came back, and they really brought a police officer with them. Wow, they were really serious about their accusation! The police officer called my manager and asked him to explain what happened and why these two young people think their laptop is here. My manager had to explain everything to the police officer, including the bug 🪲 I published . The officer accepted our explanation and asked if it’s possible to find the laptop's location now. We confirmed that if it is connected to the internet, we can find the location immediately. The girl then should be able to see it on her dashboard in our web application 🕵️‍♀️.

Honestly, our application wasn’t helpful at all in this story, instead, I put the whole company in serious trouble because I forgot to change a token value. And, of course, I had to spend money to buy ice cream for my whole team as an apology 🍦.

The moral of the story:

Mansour is an experienced Software engineer and a Teacher with deep knowledge in Javascripts frameworks like React.js, Angular, Next.js, Nest.js, and Microsoft. His number one choice for the back-end is the .NET Framework! Being a teacher and teaching beginners “how to think like a programmer” is one thing he enjoys doing. When he is not coding or teaching he plays football, virtual but also in real life. Hiking and cycling are his favorites when he goes out in nature.

The 5 Whys is a common technique for root cause analysis. 🕵️ There are plenty of very good articles on the web where you can learn much about how to perform this kind of analysis but let me quickly 🏁 give you an overview of how it works:
Matthias Dietrich • Feb 2022 • 3 min read • 130 views
Agencylife

"Developers around the world" - with this series, we want to give you an insight into the lives of our foobar team. Developers today are much more global citizens than they used to be taking up new challenges and switching countries more often: a.k.a expats. What is the life of a developer like in another country? What experiences have fed the curiosity of discovering other countries? Which countries have they already nested in? The stories are individual experiences and do not consequently represent a whole nation. They are just a glimpse of how diverse the world is. Enjoy this little journey and step into someone else's shoes.
Mouna Balghouthi, Kerstin Dietrich • Apr 2022 • 10 min read • 160 views
Software Engineering

The React team introduced Server components in December 2020. Zero bundled size components brought a lot of excitement to users because, in large scale applications, it's a well-known problem. This article will discuss the state of server components and how they can currently be used as an experimental feature in NextJs.
Muhammad Shahzad • Mar 2022 • 3 min read • 146 views
Software Engineering

When we started building the HUK-Autoservice application — an online booking tool for reliable and binding auto service appointments, taking advantage of many available partner workshops around Germany — we approached the project not as “code pushers” but as co-creators. This is one of our fundamental understandings of successful projects.
Angelo Dias • Oct 2022 • 7 min read • 187 views
Agencylife

It’s a given that everyone in management today hears about team empowerment and self-managed teams and how good they are doing in an agile context. Of course, when hearing about the type of success others are having doing this, we immediately want to try it out, or you know, wait a bit then be pressured into it in some way or another. And when that happens, as we all humans do, we take a concept that we don’t fully understand and run with it. Either because we’re excited to get stuff done better and faster or because we have to. No matter the reason, we need to understand that there is more to empowerment than we might imagine. In this article, I want to touch on one particular part of empowerment - trust and the need to control or tidy up.
Alexandru Condrea • May 2022 • 4 min read • 79 views